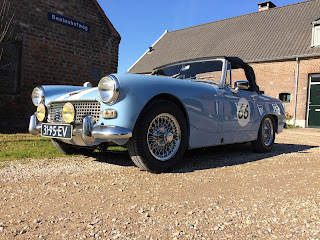 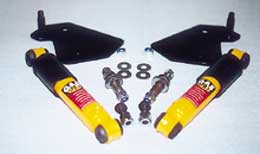 When The Sprite comes out of winter hybernation I will be fitting my new rear Tube shock Spax conversion kit. Providing much better handling. At the moment the car becomes unstable due to the worn out rear shocks which no longer function at all especially at speeds of excess of 80km.
Post a Comment
Read more 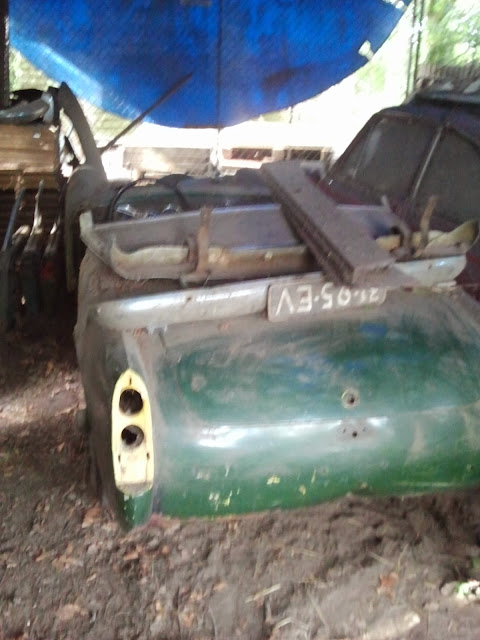 After wanting to restore a car for a while but never really got round to it  remeberd that my father in law had bought an Austin Healey years ago from a nephew of his, with the idea that he wanted to restore it one day. I took this opportunity to ask if I may see it and if he would be interested in selling it to me ? Before I knew it me and the kids the wife and the parents in law, were grabbling through loads of junk in a self made shed/barn looking for a Sprite. In no time at all the twins had found what the Dutch would call a Suske & Wiske car "Vitameintje" What a load of Dust, believe it or not their is new outer sills there somewhere ! Spot the tyrap ! cylinder head had seen better days. Already found some enthusiastic drivers ! Rolling chasis ??? just. . . .
Post a Comment
Read more
January 20, 2017 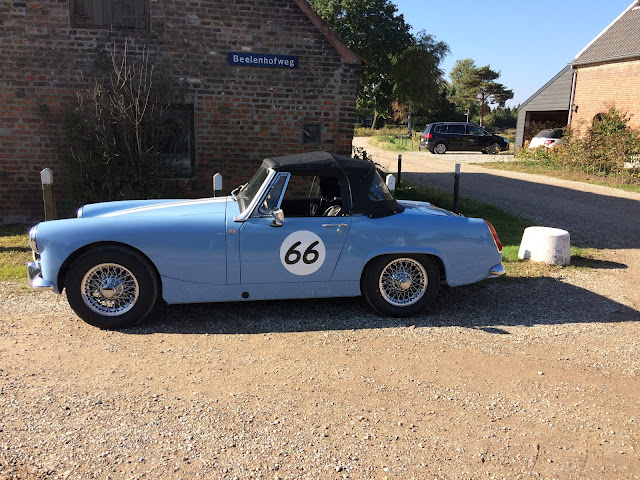 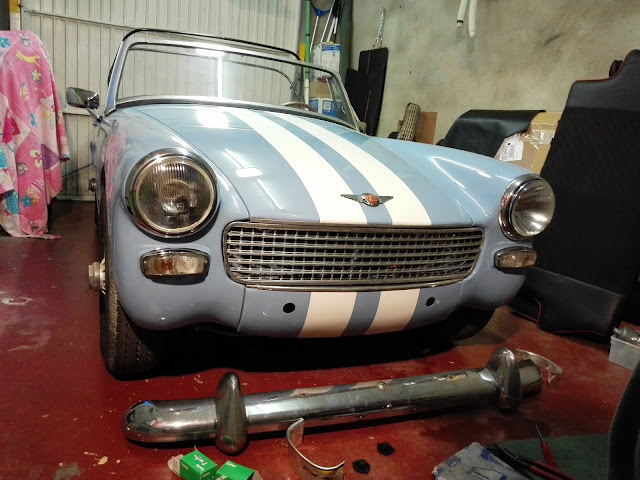 Thanks to the spray shop he didnt mask off my newly restored dashboard .. What a #$@#$#
Post a Comment
Read more
More posts